It’s my great pleasure to start my blog with a great event I have participated in. It’s the second Ridermania event that was held since I got my Bullet. The only main reasons that I was sad after the event was 1) The event is over and 2) I missed RERM 2014.

It was a great solo ride from Cochin to Goa. I started from Cochin early morning and reached Baga beach by midnight. Around 865 kilometers in a single day. The highway was creepy at night with people who don’t know how to dim their headlamps. It felt better to ride in the day even though I had to make it in rain since Udupi. I think Iron Butt must give me the SaddleSore certification for it (that was supposed to be a joke). The event started on 21st but I reached Goa by 21st midnight only.

When I reached the event next day morning, it felt like I’m in a paradise of Bullets. The Vagator Hilltop had a great energy just by having the RERM event there. It was not hard to reach even though you don’t have a bike or car since Goa is a small place and Vagator Hills is not too far from nearest town. 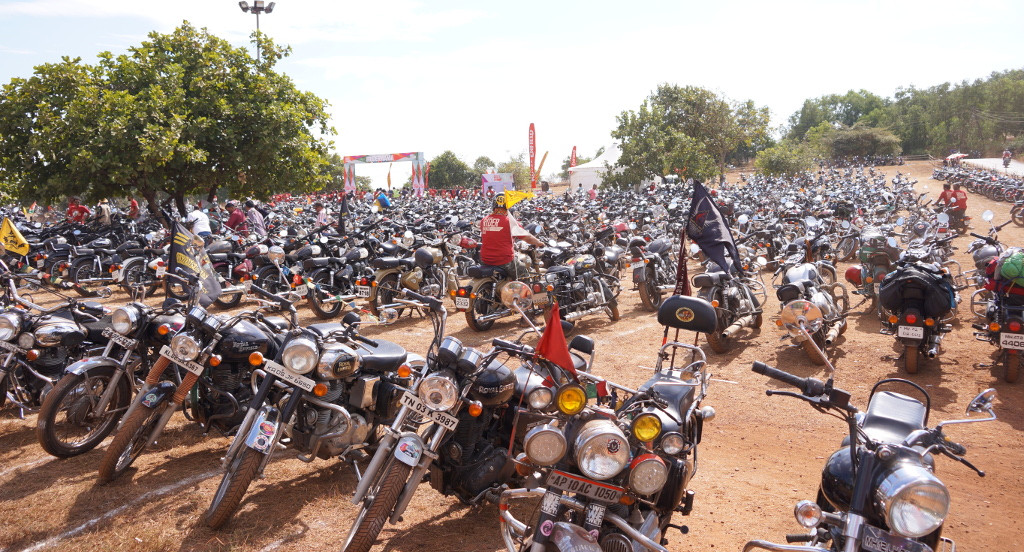 I went to the registration counter and collected my RERM 2015 band and stickers. I had registered online for the event around 2 months back. The band is the ticket to the venue and they put a hole on it (which I didn’t liked) when I collected my RERM 2015 t-shirt from inside. I found so many modified RE’s inside and some of them participated in the Custom motorcycle competition. 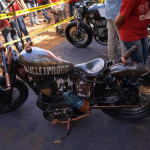 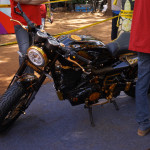 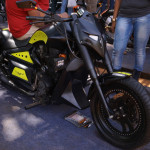 There are so many stalls for riding gears and bullet parts. I went through all of them and I found those things I cannot afford. It was the same for food stalls too. I bought a cooked maggi noodles for 80 Rs, which is made of a 5 Rs packet of maggi. From that you can guess the price for the other food items in the stalls. Food was cheaper at Anjuna 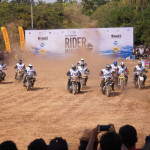 Beach when I was there last time with my colleagues. The only thing I found cheap is beer which is no use to me. So I had many colas at the same price as a bottle of beer.

I went to register for some competitions like slow race and maze chance only to find all registrations were closed since they had enough participants. The main competition outside the venue was Dirt track racing. It was thrilling because it included many sponsored professional riders. 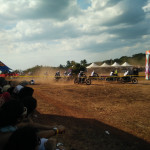 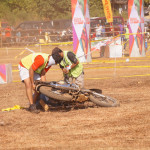 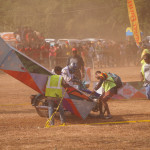 Night was blasting with music. Danced madly with Reggae Rajahs and F16s. 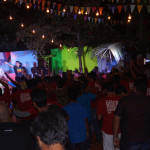 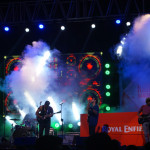 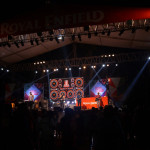 It was so much exciting as Day 2. The main events on the last day was Dirt Track racing finals and Arm Wrestling. 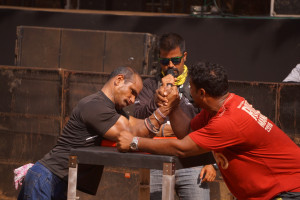 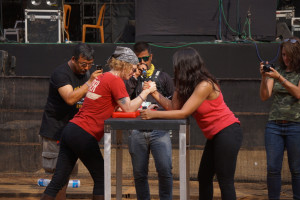 The dirt track after racing.

Just like my all rides, I started my return ride early morning. But unexpected happens sometimes 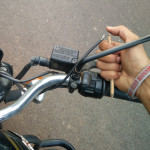 . Just before Canacona, my axle cable broke. Tried to ride by holding the axle cable by hand but it hurts. Somehow managed to pull the cable using a pen and ride up to Canacona.

It was 7 AM and no workshop or spare parts shops available at that time. I found a closed workshop just after Canacona and tied the axle cable to a useless brake pad which I got from the workshop. Pulled the axle using that brake pad and headed to Karwar which was a bigger town and I thought I can reach there while the workshop opens. But I couldn’t make it. Just after 3 Kilometers from the workshop, that brake pad was in my hand. I tried to tie it again. Thankfully a team of riders stopped for me. They had axle cable and mechanic too. They were actually prepared for everything. That’s the moment I realized that I know nothing about Riding and I must learn the basics of mechanics to fix my Bullet myself.

The 6 members from Road Kings Thiruvalla helped me by fixing the broken axle cable for free (I owe you guys). I continued my ride with them till I reach Kasaragod (my home town) at night. I had to stay home for a week. The solo ride to Cochin from home started on next Sunday morning.

I had covered around 2080 kilometers when I reached Cochin and the total budget was around 7500 Rs including fuel, food, room and rider mania registration. That was an awesome trip and I made some new friends too. Waiting for Ridermania 2016!! 🙂