It was an amazing experience to fly over the hills of Vagamon like a bird. I really enjoyed the glide. I registered for the paragliding event on the redrawlife website along with 2 of my colleagues and confirmed the date and time over the phone. They told me to reach the suicide point(where the gliding happens!!) by 10 – 10:30 AM. 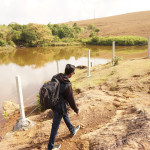 We started the ride by 5:30 AM from Vytila on 3 Bikes and reached Vagamon town by 8:30 AM. Had breakfast and headed to Suicide point. Since we had a lot of time till the gliding starts, we went to Mottakunnu. We enjoyed the view and the rope way, which was a “nano adventure” before the main course.

We reached suicide point on time. The event managers and gliders from Himachal Pradesh 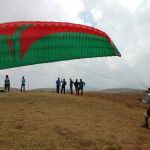 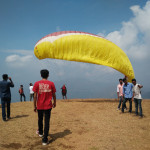 were waiting there for the wind to become strong. Compared to other gliding points, the specialty in here is, we jump from the hill, goes higher and lands at the same point since the wind here is that strong. So we waited there for a long time while one of the glider had a test ride to check the wind. He went higher and higher until we couldn’t see him because of the clouds. He came back after an hour and said the wind is not strong enough. Around 1:30 PM, they started the tandem jump when the wind became strong enough. 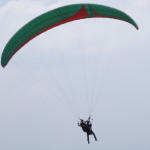 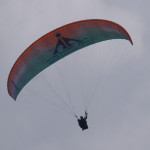 We waited till 3:00 PM for our turn since the manager promised us a good and long flight if it is at the end. It was an amazing experience we had. It’s beyond words, so I assume my pictures and videos will explain it. The Paragliding cost is Rs 3500 per head. They provided a GoPro cam on the flight to shoot the video and images for an additional cost of Rs 500. For that they will provide a 8GB micro SD card in which your photos and videos are recorded. It is optional though. 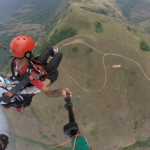 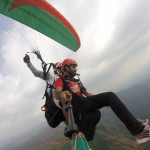 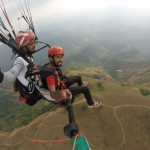 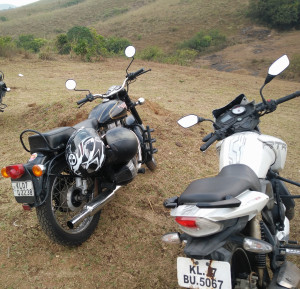 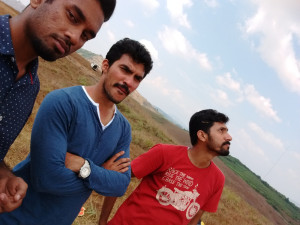